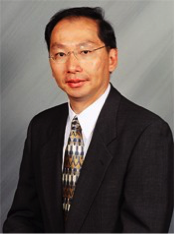 He was trained as composer, conductor, and specialist in worship and church music. He received his B.Mus. and M.Mus. degrees in composition and theory from University of Manitoba and North Texas State University respectively.

In 1989 he was conferred a Doctor of Musical Arts degree in composition and worship studies from Southwestern Baptist Theological Seminary, where he was mentored by Dr. Bruce Leafblad and Dr. William Reynolds, leading scholars and authorities in worship and church music.

Dr. Man is engaged in a very busy schedule in conducting workshops in worship, music ministry, as well as vocal and choral training. His ministry is well received by the Christian community. He had conducted workshops in New York, Oklahoma City, Ottawa, Vancouver, Winnipeg, Toronto, Sudbury, Regina, and Toronto. He had also conducted workshops in Latin America and South America, namely, Panama, Costa Rica, Chile, and Argentina. Dr. Man’s fruitful ministry has testified the power and importance of Church music and has fostered astonishing musical and spiritual experience to all participating musicians and audience.